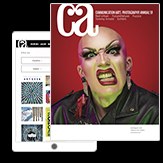 “The Boy Who Breaks Everything” :60
“A young boy is cursed with a ‘reverse Midas touch,’ seemingly destined to break everything he touches. He sadly goes through life being shunned and excluded until he joyfully discovers that even his touch can’t damage his parents’ new Subaru, the most durable and longest-lasting car in its class.”

“Take the Subaru” :60
“Kids never stop finding new and incredible ways to hurt themselves. This charming film features parents repeatedly saying ‘no’ when their kids ask to do something dangerous. The final mom is relieved to finally say ‘yes’ when her son asks to take the family Subaru out on a rainy night, reminding viewers everywhere that Subaru is the safest car in its class.”

“I’m Sorry” :60
“It’s the one phone call that every parent dreads—the one from his or her teenage driver who has just been in a car accident. This film captures the emotional power of those moments and reminds viewers that it’s actually moments like these when parents will appreciate their Subarus the most.”